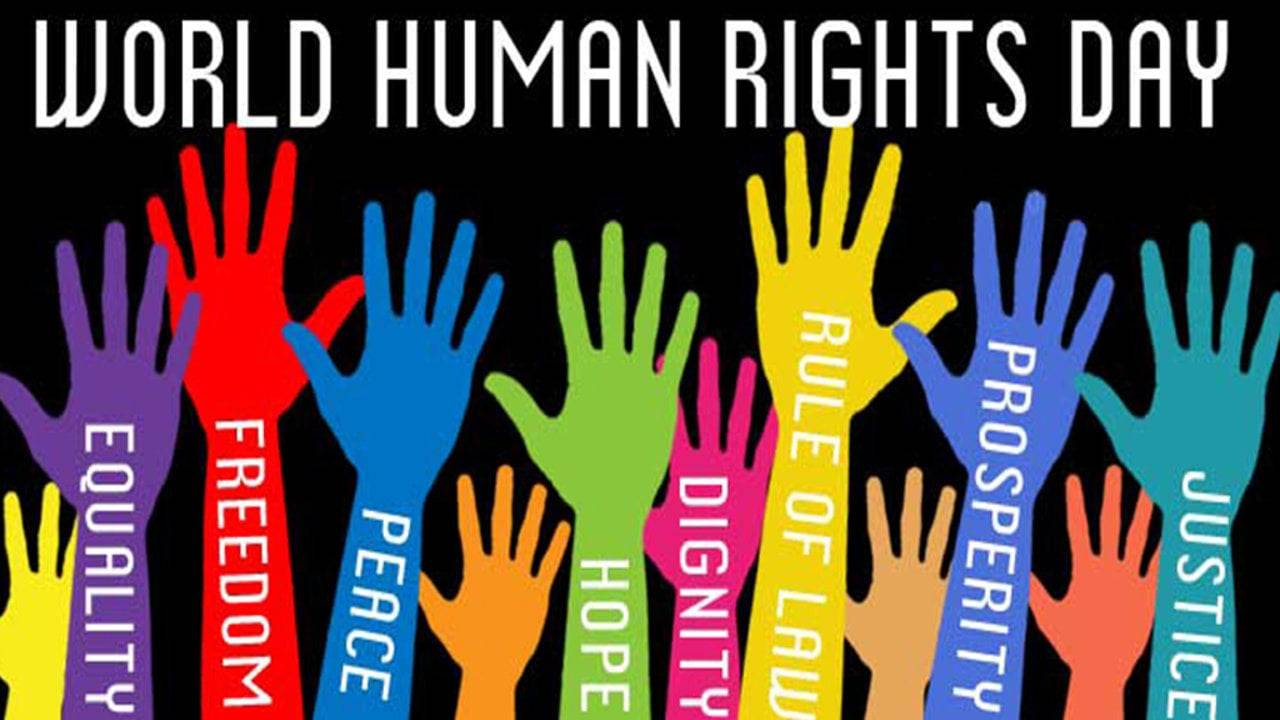 Join Us on the 10th of each month for H Day- Humanity’s Day to Pay it Forward and let’s stand up for equality, justice and human dignity

Human Rights Day is observed every year on 10th of December – the day the United Nations General Assembly adopted, in 1948, the Universal Declaration of Human Rights.  We at Hustle For Humanity feel that a campaign is needed each month to promote and educate the world and our communities about this crucially important document and what it stands for.  This year, Human Rights Day kicks off a year-long campaign to mark the upcoming 70th anniversary of the Universal Declaration of Human Rights, a milestone document that proclaimed the inalienable rights which everyone is inherently entitled to as a human being — regardless of race, color, religion, sex, language, political or other opinion, national or social origin, property, birth or other status. It is the most translated document in the world, available in more than 500 languages.

Drafted by representatives of diverse legal and cultural backgrounds from all regions of the world, the Declaration sets out universal values and a common standard of achievement for all peoples and all nations. It establishes the equal dignity and worth of every person. Thanks to the Declaration, and States’ commitments to its principles, the dignity of millions has been uplifted and the foundation for a more just world has been laid. While its promise is yet to be fully realized, the very fact that it has stood the test of time is testament to the enduring universality of its perennial values of equality, justice and human dignity.

The Universal Declaration of Human Rights empowers us all. The principles enshrined in the Declaration are as relevant today as they were in 1948. We need to stand up for our own rights and those of others. We can take action in our own daily lives, to uphold the rights that protect us all and thereby promote the kinship of all human beings.

So on the 10th of each and every month we ask that you join us in disseminating this document using the flyers we provide below, make a YouTube video adding your voice to the campaign and reading one of the 30 Articles of the Declaration you choose, or going out into your community and paying it forward by choosing one specific article each month to focus on.  Our growing movement of chapters and volunteers around the world will be there to assist as well and you will be part of a flourishing worldwide movement to make Universal Human Rights the law.  Please sue the following hashtags in your posts on social media when you participate:

“Where, after all, do universal human rights begin? In small places, close to home — so close and so small that they cannot be seen on any maps of the world. […] Unless these rights have meaning there, they have little meaning anywhere. Without concerted citizen action to uphold them close to home, we shall look in vain for progress in the larger world.” — Eleanor Roosevelt

Stand up for Human Rights – Add Your Voice!

In the lead-up to the 70th anniversary of the Universal Declaration of Human Rights in December 2018, join us in standing up for human rights!

Human rights are everyone’s rights. Help spread the word, in your own language.

Record yourself reading one of the 30 articles of the Declaration in any of the 135 languages currently available and share your video with your friends.

Our goal is to raise awareness of the Declaration by collecting and promoting videos of as many articles as possible in as many languages as possible.

Thank you for participating. It starts with you.